I am a cultural entrepreneur: cultural historian, art curator, writer and project manager. Internationally oriented and based in the Netherlands, I successfully initiate, develop and support new platforms and approaches and build bridges in practical ways. Analytical in mindset, yet excellent in presentation, uniting people around a shared goal. 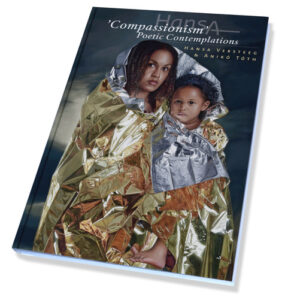 2019-2020:     Co-curator and project manager of Art Stations of the Cross Deventer, an international contemporary art project presented in secular and religious heritage locations linking art, spirituality, justice and charity in the local community. News and blogs about the project: in English and Dutch.

2019-2020:     Curator of the exhibition Mysteriespel with the paintings of Gyula Somos in Museum Soest.

2017-2019:      Project partner and co-curator of the Art Stations of the Cross project, travelling from New York to Amsterdam in 2019. Reviews and a study about this project are to be read here. News and blogs about the project: in English and in Dutch.

1989-present:  Member (vice chair) of the A. Tóth Sándor Foundation governing the national cultural heritage of my Grandfather. Assisted with the

book  A. Tóth Sándor, Avant-garde Painter and Marionettist in Paris (published in Hungarian and in French in 2001). As curator of the foundation I was involved in many of the publications and exhibitions related to the work of the artist, e.g. the last extensive oeuvre exhibition at the Balassi Institute in Budapest in 2014.

2008-present:  As freelance cultural historian and entrepreneur I initiate, facilitate or support movements like Platform Kerk en Kunst (2008-2017); there e.g. I co-organized, facilitated and hosted two national symposiums and several visual art exhibitions. Read a review here about one of the co-curated exhibitions (N)ergens thuis ['(N)ever at home'] where among others art of refugee artists were exhibited.

2010-2014:     Co-designed and curated an exhibition travelling around the Netherlands for four years, as member of the exhibition committee of CNV Expressive Arts.

2009-2012:     Member of the jury during the national annual exhibition of the members of CNV Expressive Arts.

2008-2012:     Responsible for the process of acquiring, legally documenting, presenting and auctioning dozens of works of art for a series of charity galas. 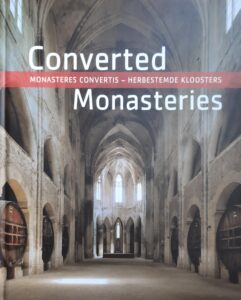 2009:               Led an interdisciplinary student research on behalf of Museum Catharijneconvent organized by the Faculty of Social Sciences of the University of Utrecht.

2008-2009:    Led the concluding phase of the European pilot project ‘Converting Sacred Spaces’ on behalf of Museum Catharijneconvent. Besides working on a large database concerning European monasteries, co-wrote and co-edited the book Converted Monasteries.

1995-2007:     Moved to the Netherlands to be married to philosopher Evert Jan Ouweneel in 1995. Gave birth to Alma (1996), Elza (1999), Abel (2001) and integrated into Dutch society. Besides being a home manager I fulfilled many different voluntary functions, e.g. as the chairperson of the Cathedral Choir School (the primary school of our children) Sunday School of the St. Catharina Cathedral in Utrecht.

1990-1994:      As co-founder of the ‘Kazamata’ Foundation (to help art and culture flourish in post-communistic Hungary) hosted and presented several alternative cultural evenings organized by the foundation.